The Retirement Crisis in America

Fantasizing about retirement is part of the fun of planning for the future, especially as middle age moves on and career aspirations begin to wane. Whether you have a family, a spouse, or plan to take on life changes alone, exploring the possibilities of life after work is a big part of seeing retirement on the horizon.

Unfortunately, wistfully imagining your future and actually planning for it are two entirely different things. Despite the anticipation many people have for retirement, millions of adults will never be able to make their post-work dreams into a reality. In the U.S., an alarming majority do not plan early enough, adequately enough, or with enough foresight to truly cover all of the many expenses retirement can require, leading to a national retirement crisis in America among working adults.

For many workers in the United States, retirement is a train without brakes barreling down the tracks. It will come no matter what, but it may be painful when it finally arrives. In a 2014 Federal Reserve survey, 38% of those surveyed had no retirement plans, or planned to continue working as long as possible. This number is much greater in low income communities; among those polled with an annual income of $40,000 or less, 55% plan to never retire. And despite 55% citing optimism in future potential, 53% of total respondents replied that they would be unable to cover a $400 emergency should problems in daily life arise. 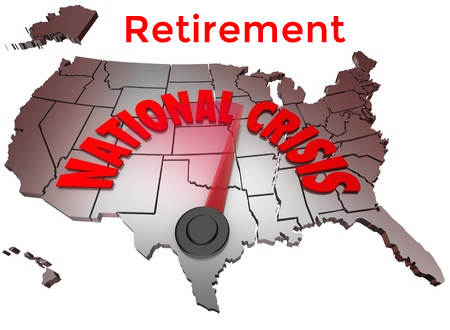 A similar 2016 study performed by the Economic Policy Institute came to similar conclusions: just under one half of working-age families (39 to 61 years in age) have absolutely nothing saved for retirement. The mean amount of savings for families in this bracket is a paltry $5,000, or the equivalent of a month or two of living expenses.

Unfortunately, there are many factors working against the American people, especially for those hoping to rely on government aid in the future. Programs like Social Security and Medicare offer much to aging adults in retirement, but neither program can sustain one’s lifestyle fully, or even largely.

Social Security, for example, has strayed significantly from its original model, putting the future of the program as a whole up in the air. When Social Security was introduced, benefits were only intended to cover the last several years of life, and average life expectancy at the time was actually lower than the program’s benefit qualifying age of 63. As average lifespans increase, the number of years upon which Social Security must pay out per working American continues to grow, putting constant pressure on an already strained program. While many politicians are working to ensure Social Security’s longevity, the future is still frighteningly unknown.

If you had to retire tomorrow, how much would you need to be comfortable? How long will your current savings last, and what expenses are likely to increase as you age? These are all important questions to ask, but few adults beginning to plan for retirement understand how to adequately gauge what the rest of life may bring.

On average, middle class retirees spend around $40,000 to $50,000 per year simply sustaining quality of life. This amount may be larger early on – travel, dining, and entertainment often increase in the years following employment – but may also grow with increased housing and medical needs later on, requiring a significant nest egg to avoid sacrifices later in life. The more you make and spend now means the more you’re likely to spend in retirement, which is why planning isn’t one size fits all. With over a quarter of Americans saving with no guidance whatsoever, even the best intentions now can lead to struggles later. 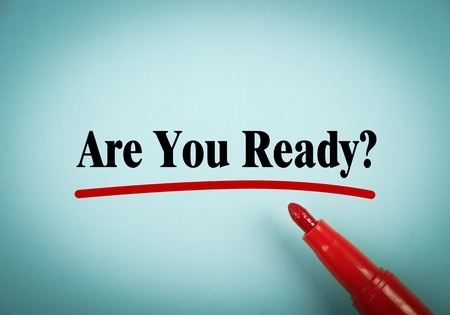 Retirement savings are a big part of financial stability, but unfortunately, many people don’t know what this means. The average American does not know how to calculate expected retirement costs, evaluate risk tolerance, construct an asset allocation, or even determine where to begin saving. Luckily, there are resources available for those who need it.

In planning for retirement, a professional is your greatest asset. Financial advisors and/or retirement income professionals understand what it takes to prepare for the future. They can help you to put a dollar amount on your dreams, provide valuable insight into what it will take to help you reach your ambitions, and give you the structure you need to stick to a savings plan. Rather than hoping you’re on the best possible path, a retirement professional will draft a road map for you, ensuring you’re making the right decisions now, before it’s too late.

The future may be uncertain, but there are certain steps you can make to confront that uncertainty head-on. By taking a realistic look at your retirement goals, progress, and preparations, it’s possible to save yourself from America’s growing retirement crisis, no matter where you stand today.

Disclosure: For informational and educational purposes only. The information contained herein may contain information that is subject to change without notice. Any investments or strategies referenced herein do not take into account the investment objectives, financial situation or particular needs of any specific person. Product suitability must be independently determined for each individual investor.

Not associated with or endorsed by the Social Security Administration or any other government agency.