How much savings is enough for retirement travel?

Are you anticipating spending more time seeing the sights or finding your ideal spot and putting your feet up?

Looking forward to life in retirement responsibly means undertaking a meaningful examination of what kind of resources it will take to live in the manner you desire. Whether you plan to live it up or slow it down, now is the time to size up what it will take to live the way you want and especially where you want. 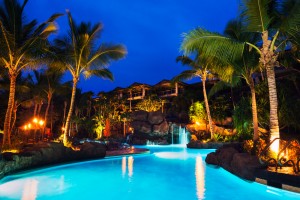 Exotic locales may be calling you to pursue your favorite hobbies or begin new ones but it is important to note that the cost of living can vary greatly from one destination to the next. Even the most common items can be affected and also easily overlooked. One of the primary expenses when traveling is undoubtedly fuel costs, which can not only vary from place to place but could also prove more volatile in some countries. A dollar’s worth of gasoline in Los Angeles may only get you half as far in Rome while that same dollar will carry you almost ten times as far in Riyadh, Saudi Arabia (they have quite a bit of petrol on hand it seems).

Some retirees find themselves attracted to the idea of more permanently relocating or expatriating to their favorite foreign lands. Once they make the move and settle down, they may find that certain professions may be favorable to their newly chosen way of life. Did you know that Irish authors, playwrights, poets and musicians are exempt from paying income tax on the first €50,000 they earn on the works they create? In fact, until recent years that amount was considerably higher. The point is that should you find that you fancy the idea of writing the next great novel in a lush exotic countryside, you may be eligible for a bit of a break once you secure dual citizenship – at least if you plan to be living in Ireland.

Unique tax laws apply to citizens of each and every nation but many can be offset by other factors in the cost of living. While income tax is not collected in Monaco, the cost of housing is considerably higher than what you may be paying if you currently live somewhere such as the American Midwest. However, another nation that has no personal income tax but a lower cost of living is the United Arab Emirates. The trade off in the U.A.E. is a reputation of instability in the region. (It deserves to be noted however that most recent reports indicate significant improvements have been made in most areas that were previously of concern.)

If you are considering spending an extended amount of time in a foreign land, you might consider, as many retirees do, taking on temporary employment in a desirable post to help offset the costs of day-to-day living abroad. Not only can it help you get a closer look at life in that area but it may also hold the possibility of growing into a more permanent position. This could afford you the opportunity to apply for and justify application for dual citizenship if you find you favor the place sufficiently. In either case, learning about the rules and regulations governing visas and tax liabilities will prove valuable.

If foreign destinations are not on your “to do” list, you may be looking forward to seeing the sights across the good ol’ U.S.A. Even still one should be aware that similar considerations will have to be made for financial dynamics such as local taxes on direct sales, licenses, and the like. But again, all of this can be easily accounted for with minimal forethought such as consulting a local travel agent.

However you choose to spend your retirement, location will have an impact on your budget’s bottom line. It will serve you well to gain all the information you can before you hit the open road. Becoming familiar with local as well as national-level codes and practices will help avoid any surprises. Note that local and state laws, codes and costs are “common knowledge” to locals and therefore it would serve to seek the advice of someone who is practiced at the art of helping visitors adjust as they may be able to reveal important details that might otherwise be overlooked.

A little research can be quite revealing as evidenced by the following resources:

But perhaps the most interesting sources of such cost of living information are available from Expatistan: https://www.expatistan.com/cost-of-living/ranking/2015/summer

Of course, some of the most up to date information may be found on the pages of Uncle Sam’s own CIA World Factbook: https://www.cia.gov/library/publications/the-world-factbook/